Development of the Hippocampal Circuit

The hippocampal circuit is arguable the most well studied circuit in all of neuroscience, yet, how it is established during development is poorly understood. For example, one of our over-arching interests is how the exquisite specificity in connectivity observed in the hippocampus is accomplished developmentally. 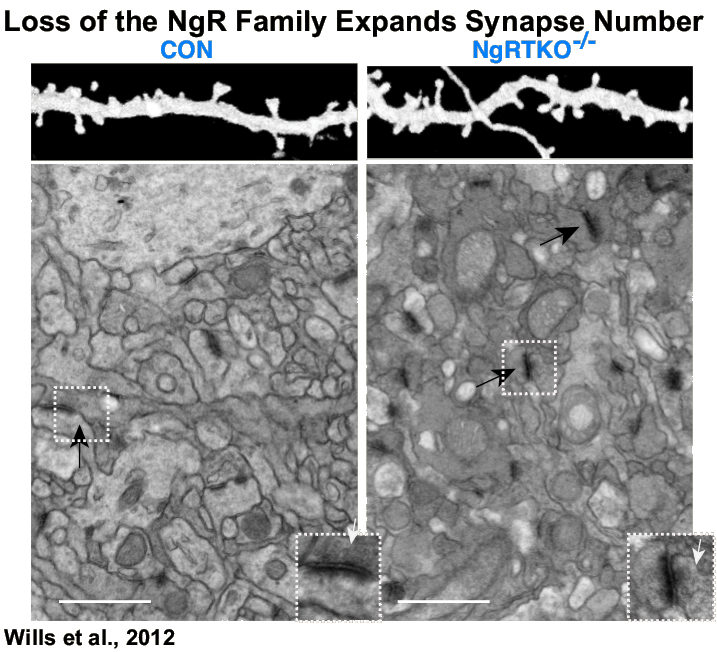 Over the last decade numerous mechanisms promoting synapse formation have been identified and studied. Until recently it was unclear whether there were counter-balancing restrictive forces preventing erroneous synaptic contacts from being stabilized, or, whether inappropriate contacts were merely pruned away later. Our identification of a family of cell surface receptors, the Nogo receptors, that restricts synapse formation suggests a partner selection process is at play preventing erroneous synaptic contacts from being stabilized during the establishment of the hippocampal circuit (Wills et al., 2012; Fig. 1 NgRTKO). How this process is accomplished remains unexplored, from the ligands mediating this restriction process to the cell signaling events underlying it (Fig. 2 model). Our work identified the Rho family of GTPases as important mediators of NgR-dependent synaptic restriction.

To better understand the nature of NgR-dependent synaptic restriction we have begun using RhoA sensors to define the principle characteristics of NgR-RhoA signaling. Focal calcium signaling has been demonstrated to be an important mediator of synapse partner selection (Lohman et al., 2009); thus we are employing calcium sensors (Fig. 3- movies) in concert with RhoA sensors to explore RhoA and calcium signaling in NgR-mediated synapse restriction.  Further, we have developed tools to track synapse assembly and monitor RhoA and calcium signaling during this process (Fig. 3- Kymography). 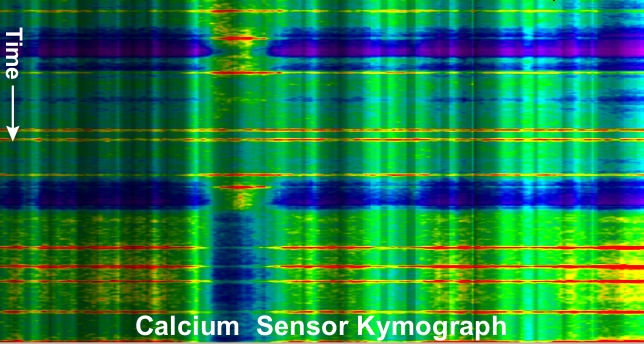